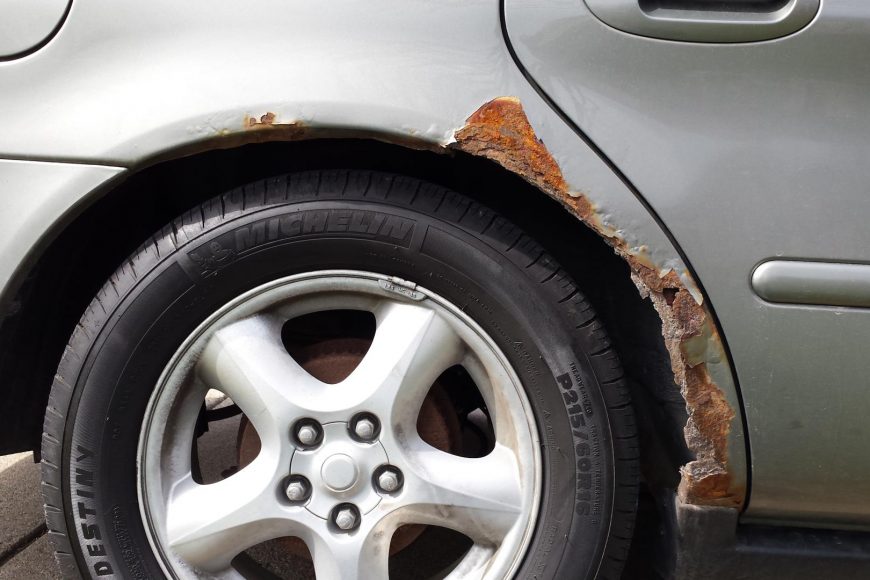 How to Prevent Rusty Wheel Arches

Sometimes when I sit back and take stock of my life, I think to myself how very lucky I was to have grown up on a farm in South Africa. But of course back then I did not think that was the case having to shovel cows muck before school!

So what has this got to do with rusty arches…well, one lesson I learned on the farm was that money was precious and possessions very valuable. My father was a gifted engineer and very strict about keeping our possessions in good order and making things go a long way.

I learned a lot from my dad and especially how to clean an engine and look after a vehicle. It wasn’t till I moved to Cyprus, where I met my wife I realised how bad salt air was to a car. But worse was to come, when we moved to England and I saw the annual salt spray on the roads and the damage it caused not only with rust, but the pelting of salt crystals as you drove past a salt truck.

I think my father-in-law felt pleased when I arrived and became the mechanic in the family. With four daughters, old cars and dealing with dodgy mechanics, he had had enough. I would congratulate my wife and sister-in-laws when I saw them “wash” their cars, which was rare, but amazed how none of them ever washed their wheel arches. Having been in England for many years now, I am still amazed at how many car lovers seem to forget the one place where rust is most likely to attack, the wheel arch!

So the lesson here today is that if you want to avoid getting rusty arches, which starts off as bubbling under the paint, simply get a nice scrubbing brush and wash right under the arch and the lip around the edge.

When salt is sprayed on the roads the mud, salt, rain and everything else on the road is picked up on your wheels and sprays around the arch. If you don’t wash the arch then the salt remains in the arch and lip, even when there is wet weather. The salt is mixed in with the mud which is stuck to the arch and so the salt can only be removed if the mud is washed away.

If it’s too late and you have rust arches, the best thing to do is to keep the area clean to prevent further erosion, but as the rust has set in it will only spread. You should ask a trusted mechanic or a body repair shop to remove the rust and re-spray the arch.

Get a Panic Mechanic quote within 1 working day.